Everything Important Is OK 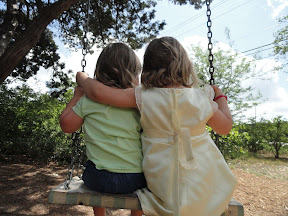 There isn’t anything else quite like it, the instant that you know – I’m going to have a car accident.

I was by myself, driving south on Airport Blvd, in the rain, in the left lane.

In the next instant, there was a car directly in front of me.

He came from no where, no blinker, no transition to my lane, no warning.

I was going full speed.

There was no where else to go.

I hit his car.

He pulled away some.

Then he braked again.

I hit him again.

I was on his bumper, pushing him forward, when we both finally came to a stop.

Then I saw what he wanted.

He had cut over and stopped fast so he could turn left.

He turned left and sped off.

My car was mostly OK. I got to where I was going. I know what is important. Everything important is OK too.

This entry was written by Carol, posted on October 19, 2011 at 9:52 am, filed under Mom Stories and tagged car accident, parenting worries. Bookmark the permalink. Follow any comments here with the RSS feed for this post. Post a comment or leave a trackback.