Fredericksburg, the Other True Story 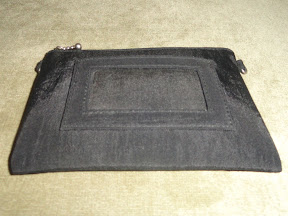 The surprise 1-day, back-to-back trips with my girls were logistically complicated.
– I packed for both girls on the first day and left most things at the hotel when I did the switch in Austin.
– I had to remember a few things that Buttercup needed that should to stay in Austin on the first night, but be in Fredericksburg the second night.
– Same thing for Sparkles, in reverse.
And I was switching my wallet, keys and sunglasses between my purse, the diaper bag and backpack, several times a day, depending on what we were doing.

A rooster woke up Sparkles and me on the first morning at 5:30 am, which was not funny. So I thought the rooster would do the same thing on the second morning, so I didn’t set an alarm, but it didn’t. (Where did the rooster go? Maybe a hotel guest took the rooster out? I wonder still.) So Buttercup and I slept in super late, then I forgot to get gas before heading to Enchanted Rock. My Gas Empty light went on about 2/3rds into a 25-minute drive, along a stretch of hilly, country road without a single gas station. I probably could have made it to the park and back, but I went with the less risky option and went back to town for gas, then back to the park. So now, we were running late and I was getting anxious so when I moved my wallet to my backpack, I didn’t close the zipper all the way.

While I’m smart in other ways, I have a unique talent for losing my keys/wallet/sunglasses.

So, the trips weren’t all joyful, and I thought a few times that a spa getaway for one would have also been nice, but I think Mom-kid adventures just are this way by nature. They are a bittersweet mix of precious delight and logistics/tantrums/chaos. I tend to step into the logistics/tantrums/chaos more than I’m comfortable with, but it is what I chose to do.

UPDATE: I try to keep posts short, but sometimes I leave out something important. I found my wallet that day before leaving the park. That is a picture of it at the top of the post. Yeah!

This entry was written by Carol, posted on October 24, 2011 at 2:47 pm, filed under Mom Stories and tagged parenting troubles. Bookmark the permalink. Follow any comments here with the RSS feed for this post. Post a comment or leave a trackback.