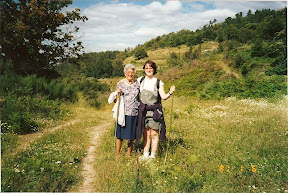 My Grandma passed away last week. These are a few things I remember about my Grandma.

Bye bye, Grandma. I love you and I’ll miss you.

This entry was written by Carol, posted on August 30, 2010 at 11:44 am, filed under Mom Stories and tagged grandma. Bookmark the permalink. Follow any comments here with the RSS feed for this post. Post a comment or leave a trackback.