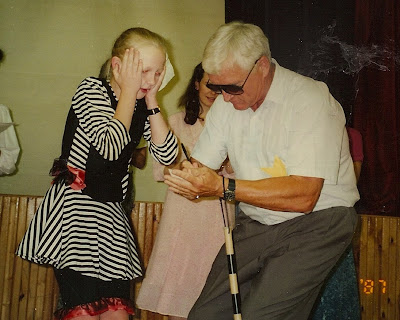 Language is important in Lithuania. The country of just a few million people has its own language, an ancient language that is a direct descendent of Sanskrit and a source of national pride. During the fifty years of Soviet Union occupation, the language was outlawed, but Moms taught it secretly to their children at home. Lithuanians who had escaped to America went to Saturday morning schools to learn their language. When the occupation ended, the Lithuanian language came out of hiding and became an important part of the new, independent country.

Then, about a day later, someone said, “You had better learn English.” Some resisted. For a country that had been occupied multiple times, for long periods of time, getting its own language back was meaningful and important. One man said maybe the problem all along had been that they were to willing to learn someone else’s language.

Others embraced English, because they wanted to connect to the larger world, to other cultures and to commerce. In modern times, no country can be completely self-sufficient. Lithuania would have to build relationships with other countries to be strong and stable.  Maybe now that it was their choice, learning another language could be a positive part of the new, independent Lithuania.

The APPLE conference offered hour-long sessions to practice English. I helped with a session where folks practiced English by singing English songs.  The other teacher had traditional American songs ready for them to learn, like…

Make New Friends
Make new friends,
but keep the old.
One is silver,
the other is gold.
Complete lyrics here

That was all fine, but I thought there must be something a bit more contemporary, with a bit more personality.  I looked through the music I had brought with me and I chose Junior Brown’s Highway Patrol… 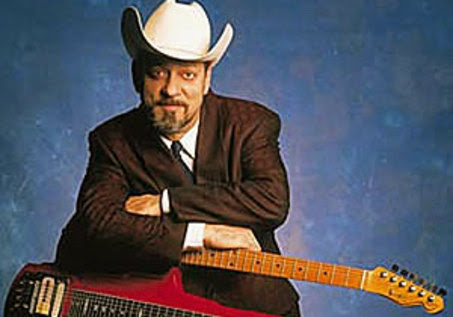 I got a star on my car and one on my chest,
A gun on my hip and the right to arrest
I’m the guy who’s the boss on this highway
So watch out what you’re doin’ when you’re drivin’ my way
If you break the law, you’ll hear from me, I know
I’m a-workin’ for the state, I’m The Highway Patrol
Complete lyrics here

We talked about what the words meant and how to pronounce them, then we got busy singing. When it came time for the evening talent show, we decided to make a play out of it, with a sheriff, a speeding driver and a backup chorus. It was silly and fun, to bring a little bit of Texas to Lithuania and a little bit of cowboy to English practice.

I’m not sure what Lithuanians figured out about the language(s) since then. Some of my students will know English, but most will only know Lithuanian. The class will have an interpreter and we’ll do a lot of group work, where the students learn from and teach each other, in Lithuanian. But I brought some music with me too, like Jimmy LaFave’s Austin After Midnight and Caroline Herring’s Texas Two Step, in case they want to sing some cowboy songs, in English.

This may seem a little random, but speaking of transportation in Texas, have y’all seen Capital Metro’s Haul Pass for students? Parents can buy one for kids ages 6-18 for just $45, then the kid can get around by bus all summer. And, the Haul Pass acts like a Go Local card, with discounts at local businesses. I didn’t get paid to say that or anything, I just wanted to share!

Welcome to a special series on GrowingUpAustin.com, A Lithuanian Story – All the Way From Texas. I am traveling to Lithuania this summer to teach storytelling at A.P.P.L.E., an education conference that I first taught at almost twenty years ago. The new conference is fully of mystery and adventure. The first conference gave me stories I have been telling ever since. So, I decided to write about the trips here. If you have just joined, here is a summary of the posts. I’ll return to writing about hiking, live music and art for Austin kids when I get back in July. Information is always available at AustinKidsHike.com (hiking), AustinKidsDance.com (live music) and AustinKidsDraw.com (art).

This entry was written by Carol, posted on June 19, 2013 at 9:00 am, filed under A Lithuanian Story. Bookmark the permalink. Follow any comments here with the RSS feed for this post. Post a comment or leave a trackback.