What Pretty Blue Eyes You Have 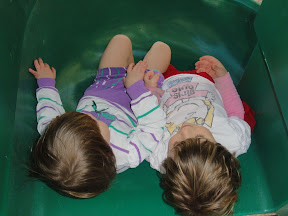 I wrote the other day about how some people think Sparkles and Buttercup look like twins. I said one of the reasons is that they both have the same pretty blue eyes.

This brings up another awkward conversation I have about my girls with people I have just met.

Sometimes they say “Oh, my, they BOTH have such pretty blue eyes!” Then they look at my brown eyes and I can see the math going on in their head. Blue Eyes has, well, blue eyes, but even then, what are the chances of the two of us having two blue-eyed kids?

I just smile, when I get that look. But for y’all, since we have known each other for a while, I’ll let you know that my girls are donor egg babies and our donor has blue eyes. So the math isn’t that hard after all.

There was a deep sadness about that, when we found out we were very unlikely to get pregnant with my eggs. That I would never see my own features in my child, my own way of walking, maybe just an expression.

I had a friend who was adopted. He met his birth family for the first time when he was in his forties. He said he knew instantly that he was related to them because they shared physical traits and subtle mannerisms. It was comforting for him to have found that connection.

I won’t have that connection with my girls. There will be other connections, but not genetic ones. I catch myself sometimes, like when one of them likes a food that I like, then I remember that she couldn’t really have gotten that from me.

But they instinctively reach for me when they are hurt and they call me Mommy without needing to understand genetics or math.

My girls don’t have my eyes, but they have me.