A Gift for Santa 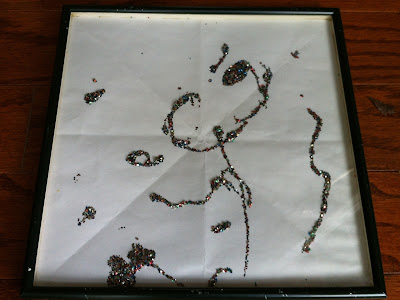 (For a thoughtful post about the Sandy Hook tragedy, with links on how you can help, read You are Not Alone in This from Genie in a Blog. This is the post I planned before Friday’s event. It’s a personal story I told at the Cactus Cafe‘s storytelling performance last week, with some edits.)

A Gift For Santa

I was the most gloomy Christmas Elf in Santa Land. I had graduated college, but I couldn’t find a job. I was taking more college classes, but not showing up very often. I hadn’t made friends at the new college and I spent a lot of time alone in my cheap apartment that I shared with a large number of giant Texas roaches.

And, I had recently been hit by a car while riding a bike. According to the police report, I flew 28 feet in the air then landed on my head, without a helmet. According to my lawyer, the accident that involved multiple cars was my fault, since I had been riding after dark without a light. The pain in my heart from the guilt was even more powerful than the pain in my body.

So there I was, an honors college graduate working for minimum wage as a Christmas Elf in Santa Land, knowing I was supposed to smile, but just trying my best to not cry.

This Santa Land was part of Holiday in the Park at Astroworld, Houston’s smaller and not-as-magical version of Disney Land. Park guests could enjoy the holiday decorations, hot chocolate, ice skating shows set to Christmas music and red, green and gold fireworks to end the night. But, some guests were disappointed because the roller coasters weren’t open and the holiday spirit was a little harder to find on cold nights when park employees worked outside in company-provided, light-weight costumes that left them shivering.

I worked inside, in Santa Land, where kids sat on Santa’s lap and got their picture taken. My job was to separate the kids as they arrived, sending the kids with parents who were buying pictures to the shorter line. The kids in the longer line got to see the other kids move ahead of them. My other job was to do the hard sell, pushing overpriced key chains and picture frames on the parents.

One night, when I was feeling especially alone in a park full of thousands of people, a little girl came to the entrance of Santa Land. She was about six and blond and shy. She hesitated, holding up the line a bit.

I knelt down and met her eyes and asked, “Do you want to sit on Santa’s lap?”

“I don’t know,” she whispered.

There was an arts and crafts area nearby where kids could make paper snowflakes and glitter pictures.

I said, “Maybe you could make a picture, then come see Santa if you feel like it when you’re done.”

She smiled at this idea. Her Mom smiled too and they walked away, holding hands.

A while later, the little girl came back. I knelt down again to talk to her. She said she didn’t want to sit on Santa’s lap, but she had made a picture for him and could I give it to him?

A GIFT for SANTA? She didn’t want to ASK for ANYTHING and she wanted to GIVE SANTA a PRESENT? No one gives Santa a present. It is possible that this has never happened in the history of all time. How sweet for her to think of that. In my gloomy world, I sensed a tiny hint of light.

Then she handed me a second picture and said, “I made this picture for you.”

She handed me a red-and-green glitter picture that had started out as a snowflake, you could see the creases in the paper. The glitter made a mostly random shape, except it might be a dancer.

I framed her picture and hung it in my cheap apartment. It reminded me of simple kindness and human connection and hope, as I slowly recovered, in heart and body.

I still have this picture, more than twenty years later. Now that I have my own little girls, I tell them this story.  I want them to know how the holidays are about giving, not just receiving, how the most important presents don’t come from a store and how this world has so much kindness, connection and hope to offer them.

(It somehow seems full circle that Elf is my favorite holiday movie. I identify with Jovie’s weak smile and I recognize the hope that Buddy brings to her. If you like Elf too, check out my free, home-made, customizable family game here.)

Elf The Game – A Christmas Gift For You 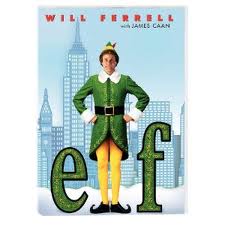 Picture courtesy of Amazon.com. Click to purchase Elf – The Movie.

I was thinking, I’m really glad that y’all read this blog and I’m really not going to blog for the rest of December, so what can I share instead?

Elf – The Game is home-made. The rules are flexible. The game changes every year. It is a Word document without a board or a box or pieces. There might even be a mistake in there somewhere.

People who have played Elf – The Game at least one time ask me in December, “Hey, when is Elf Night?”

Elf Night, of coarse, is the traditional holiday evening when families gather to eat spaghetti, play Elf – The Game and then snuggle on the couch, hopefully in pajamas, to watch Elf one more time.

I can’t invite y’all all to my house, so I’ll share my game with you. Use the PDF as-is or use the Word version and make it your own.

I hope y’all have a very Merry Christmas.

By Carol | Posted in Growing Up Austin | Comments (0)