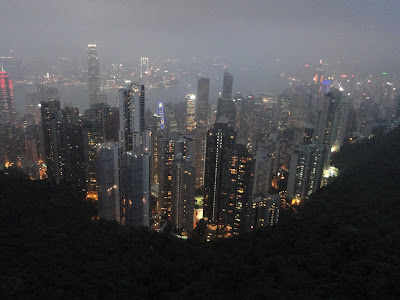 (This post is part of a series about my trip to China. It all started here and here.)

If you are going to sing karaoke in the afternoon with co-workers you don’t know super well, here are a few tips…

1. Katie Perry’s “I Kissed a Girl and I Liked It” might be a little much for the first song.

2. But, it isn’t as bad as Mumford and Sons’ “Winter Winds”, with its story of lost love using metaphors of plague, pestilence and death.

3. Everyone sings better when you pick better songs.

4. Everyone sings better when after they drink green tea and whiskey.

The awards for the afternoon went to…

1. The best singing award went to Rachel, because I mistook her voice for Alicia Keys‘ voice and even when I was looking right at her, it was hard to believe someone in the same room as me could sing that well.

2. The best video performance award went to Derrick Tuggle’s dancing to I’m a Lonely Boy by The Black Keys because you don’t have to make a big production of it to have fun.

3. The best song award went to Adele’s “Someone Like You” because everyone in the room lived their worst breakup all over again, even if they had been married for ten years or more, singing, “Don’t forget me, I beg…” as if it happened yesterday.

Later that night, my friend and I were at The Peak, high above the Hong Kong downtown. We found a restaurant with no wait and were seated at a table with a great view just before the lights on the downtown buildings started to dance in patterns with changing colors. Sometimes it comes easy.

I’m glad I got on the plane.

And lucky for me, there was not asteroid hit and WWIII did not start. I made it home to half a million hugs and kisses. I want to go again, with Blue Eyes next time.  Remind me of that, next time I think about falling down the escalator so I might break something and stay home.