Welcome to Austin’s Tiniest Kids’ calendar with just a few carefully selected activities during the coming week, usually hiking, music or art-related. Last week was all music and this week is all theater, after being inspired by The Sound of Music at Zilker Park, which is also an option, through August 11. If you try that, check out these tips, I could have used them!

But, before we get started, I’d like to introduce a new sponsor, Water Stone Aesthetics, a hair, skin care and cosmetics salon. Check out their new ad on the right. The salon is a blend of chic and casual and get this, the have on-site babysitting. My hair is longer now than it has ever been, mostly because it has been hard to find a time when I’m not working and I don’t have at least one of the girls. I’m going to check out Water Stone this week!

Austin Summer Musicals for Children
August 4-12, Saturday 11:00am, 2:00pm and 4:00pm and Sundays 2:oopm and 4:00pm
The George Washington Carver Museum & Cultural Center, Boyd Vance Theatre
1165 Angelina St.
The Austin Summer Musical for Children (ASMC) allows 1500 kids each summer to experience live musical theater for free. Community volunteers share their free time to create a fully costumed and choreographed musical for kids ages 3-10. If the show inspires you, check their web site  for information about their Gala and Silent Auction on August 10.

Jack and the Beanstalk
August 4, Saturday, 10:30am and 12:30pm
Scottish Rite Theater
207 West 18th Street
Check out a world premiere production in a 19th Century Opera House that is kid friendly! Director Susan Gayle Todd, of “The Three Little Pigs” rock musical fame, presents an innovative take on the Jack and the Beanstalk classic kids’ tale.

Shakespeare at Winedale
August 4-12, Thursdays and Fridays at 7:30pm, Saturdays and Sundays, 2:00pm and 7:30pm
Winedale Theater Barn
This performance is a real life adventure, being Shakespeare for one and being performed in an outdoor theater in August for another. This makes it a better for the older kids. The University of Texas’ English department has produced this play since 1970 with English students taking a summer Shakespeare class. The energy and the joy of the students shines through and makes it a special night.

If you find this helpful, I would love if you would share or tweet or leave a comment. If you want to get Austin Kids Recommended! and Growing Up Austin in your inbox, click here. And like always, check out AustinKidsHike.com, AustinKidsDance.com and AustinKidsDraw.com for on-going activities. If you have an idea for a recommendation, send it to carol@growingupaustin.com. Thanks for reading!

Sweet Moments in the Sharing 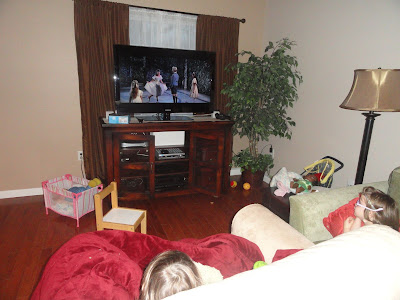 I wrote about seeing The Sound of Music at Zilker Park last week and that reminded me of how I’m lucky. I don’t need or want my girls to be just like me. I mostly want them to have kindness in their heart and what happens after that isn’t that important. But I appreciate when we share something, because I find sweet moments in the sharing, like when snuggle to watch the DVD, sing along to My Favorite Things in the car or when we never, ever get tired of The Sound of Music.

The Sound of Music at Midnight 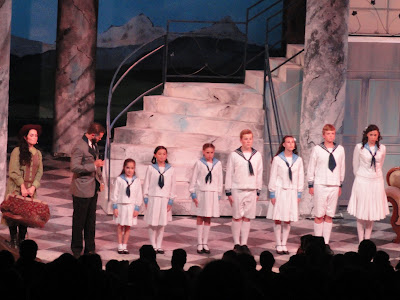 I don’t always know what I’m doing or plan ahead in all the right ways.

That is how Sparkles and I got to know the Sound of Music in Zilker Park at midnight.

It started out simple enough. Zilker Park Hillside Theater was performing The Sound of Music and The Sound of Music is one of the girls’ favorite movies. The play was outdoors, free and kid-friendly.  And a play is one of those experiences that isn’t contained or predictable, it feels like a a shared human experience with many hundreds of your closest Austin friends.

I didn’t know to bring short lawn chairs. I didn’t know that one hour early wasn’t quite early enough. I didn’t know I would need cash, so I had to buy a lot of water, popcorn and ice cream to meet the minimum purchase requirements for a credit card.

At first the play was confusing for Sparkles and Buttercup. For one thing, Maria had LONG BROWN hair. Everyone knows Maria has SHORT BLOND hair. Then the nuns sang MY FAVORITE THINGS in the ABBEY, which we all know DID NOT happen.There were even songs in the play that weren’t in the movie at all. Then there were the questions about when Annie would show up, since Sparkles saw the Annie play a while back, and it seemed to her like she might make an appearance here. A play is an odd mix of what seems real, but it is all really pretend. It is a lot to get your head around when you are three and five years old.

But after twenty minutes and about 350 questions that Blue Eyes and I finally got them to whisper to us so we would be a little less annoying to the people around us, they settled in and watched the play.

Buttercup was amazed. This was the longest she had ever sat still and focused on one thing. Her face was lit up with wonder. At one point she looked at me and said, “I am SOOOOOOOO lucky!” It was part about the play and part about realizing that she could finish my popcorn. I like to think it was more about the play, though.

Sparkles sat with a straight back and her hands in her lap, with her full attention on the play. There could have been an ice cream truck driving by or a rainbow-colored unicorn flying across the sky and she wouldn’t have noticed. She looked like she was a permanent part of the rock she was sitting on, she was so still and quiet.

Then there came a time for a decision. It was almost intermission and it was nearly 10pm. The girls’ bedtime is 8pm. This was part of the theme of not really thinking this all the way through. Buttercup said she was tired. Sparkles looked like, if we wanted to get her home, we would have to lift the rock underneath her as well, because she was so committed and deeply engaged with the play, she wouldn’t be able to move, even if she wanted to.

Blue Eyes and Buttercup went home at intermission. Sparkles and I stayed. We would call for a cab to get home and if we couldn’t get a cab, Blue Eyes would come back to get us, since Noel could stay home with Buttercup.

For the second act, since some people had left and Sparkles and I were just two people, we moved closer to the front of the stage. She watched the rest of the play just as intently. When the end came, she clapped and clapped and it felt like a Moment, one that she might remember when she was older, she was so happy.

Then we went to the bathroom and then I took a picture of Sparkles and her favorite cast member, Ella Rutman, who played Gretl. Then I called for our cab.

I called the cab company eight times. Each time the recording said they were too busy to take calls, to hang up and call back later. Uh, oh.

I called Blue Eyes four times. There was no answer. He must have forgotten to turn his phone back on. Oh, oh.

I called Noel twice. There was no answer. She must have gone to sleep early on a weekend for one time in her whole teenage life.  Uh, oh.

The crowd was thinning. It was dark. It was 11:30 at night. I was with my five-year-old who was three-and-a-half hours past her bed time.

Sparkles was amazing. She didn’t complain or cry or get frustrated.

I was about to call my in-laws, get them out of bed and ask them to drive around town for an hour to get us home. They would have done it for sure. Our family is good that way.

We talked about places within Zilker Park to meet the cab, since the park is so big. We decided on the concession stand, which was very close to where we were, well marked and and well lit.

Sparkles and I waited on a bench. We talked. It was a strangely sweet time.

My phone rang with the automated message from the cab company saying our cab had arrived, but there was no cab.

I wasn’t saying “Uh, oh” at this point. It was more like “AHHHHHHHHHH!” because the cab was some where else in Zilker Park.

I called the cab company and while holding, Sparkles and I ran to the park entrance. We ran super fast and I saw the cab making a circle in the first parking lot by the entrance. I checked the phone, we were still on hold. I waved my arms and called out to the cab as it drove away.

We were still on hold. The dispatcher finally answered. I told her the driver didn’t go to the concession stand. She said he was supposed to. I told her to send the cab again and we would wait at the park entrance, so he would see us for sure. Could she please tell the cab driver to meet us at the park entrance, could she be very specific about that? “Yes,” she said.

Sparkles and I waited, sitting on a rock. By now, she knew this was weird. There wasn’t anyone else around. It was very dark. She was worried.

I don’t think Austin is a very dangerous place, but it didn’t feel right to be out so late, alone with Sparkles like that. I was worried too.

The Sound of Music as Zilker Park at this time of night was different, with the cars driving by and the bugs and insects in the background.

The cab came back. He pulled into the entrance to Zilker Park. He was ten feet from us. Then he drove right past us, towards the concession stand. Then my phone rang with the automated message from the cab company, but once again, there was no cab.

After a second mad dash, this time in the opposite direction, the driver finally saw us. He stopped driving and we stopped running and Sparkles and I climbed into the cab, exhausted.

Sparkles was amazing. She handled it so well. I handled it well too, I think, only cursing at the very end, when it was absolutely necessary.

No. If I did that, there are less troubles, but there would be less wonder too. If I waited for me to have enough time to do it just right, we would stay home an awful lot.

I will make a mental note, though, to call ahead of time for a cab on a Saturday night, so that next time the only Sound of Music Sparkles and I hear at midnight is in our dreams.

Note: The Sound of Music is playing at the Zilker Hillside Theater Thursday – Sundays through August 11 at about 8:30pm each night.  Click here for more information.