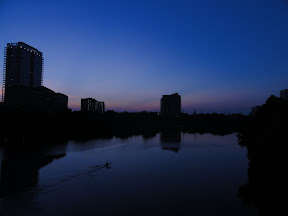 In Search of Bats and a Sunrise 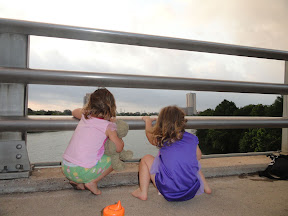 It’s getting hot. That got me thinking and I had an idea.

Sparkles, Buttercup and I would get up early and see the sun rise over Lady Bird Lake from the Congress Avenue Bridge and we would also see the bats return. Our early morning adventure would happen before the day got too hot.

(Yes, I’m a morning person. Blue Eyes thought this was nuts. But he also liked the idea, because he got to sleep in.)

I tried to keep it simple. We skipped our morning routine, the girls stayed in their pajamas and we would go out for breakfast.

Well, it didn’t go as planned.

We left a bit late. Then the van was nearly out of gas, so we had to stop for gas. Then we ran into every blocked road you could imagine because of a race downtown, all in and around the Congress Avenue Bridge.

When we finally parked, it was pretty light out already. Then I realized I forgot their shoes.

We made it to the bridge and saw that it was a very cloudy morning so there wasn’t a sun rise and we also didn’t see any bats.

But the details didn’t seem to mater because we had a lot of fun.

They thought it was cool to get in the car in the dark in their pajamas. They liked looking over Lady Bird Lake and seeing the few boats that were out that early. 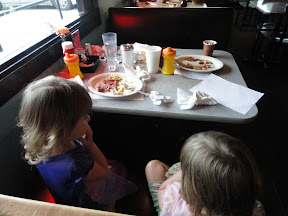 They liked their breakfast tacos at Magnolia Cafe. 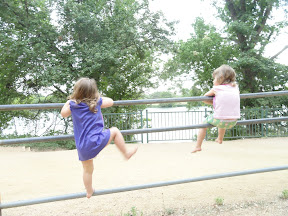 They liked people, dog and duck watching on the Lady Bird Lake greenbelt. (The composition of this picture is a little off, because Buttercup is to young to climb like that. Is it weird that I snapped the shot before reaching to hold her?) We got some strange looks from joggers and bikers who wondered about the barefoot kids in their pajamas, but we didn’t mind. 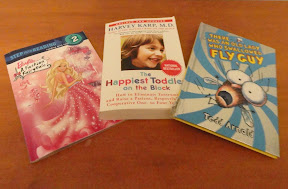 Then we went to Book People to get a few books, one for each girl and one for me. I really need to read The Happiest Toddler on the Block. Not that my girls aren’t already happy, but sometimes they make me very unhappy. Oh, if I told y’all everything, you wouldn’t believe me. They are mostly great, but sometimes awful. Blue Eyes and I have some reading to do. But, I digress.

About those bats – I talked to Dianne Odegard with Bat Conservation International. She said it isn’t as easy to see the bats return, because they return at different times. If we try it again, we would have better luck earlier, about an hour before sunrise.

This was a good morning. Maybe that was a more important find than a sunrise or bats. For all the times that we need new parenting ideas and strength and support, I will remember mornings like this that are sweet and easy.