I’m getting into a groove now with my Thursday nights.They make me feel so grown up, without the diaper bag. in clean clothes, getting to know the non-kid-friendly parts of the city again.  I’ll call the posts Thursday Night News. (You can still tell I’m a parent of young kids by how long it takes to to get the post written!) 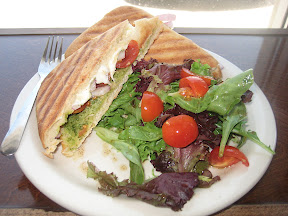 A week and a half a go, Thursday night started at Thunderbird Coffee for something to eat. Do you know how some times coffee shop food is my favorite breakfast taco at Pacha,  with spinach, mexican blend cheese and egg, all fresh, organic ingredients, cooked to order, still steaming from the grill when it gets to your table and sometimes it is a breakfast taco that was cooked somewhere else hours ago and has been sitting in the bottom of a warmer getting mushy? It is hit and miss, but the sandwiches at Thunderbird Coffee are a hit. I had a panini sandwich with tomato, basil and mozzarella, with a side salad. They have yummy little chocolate desserts, too. 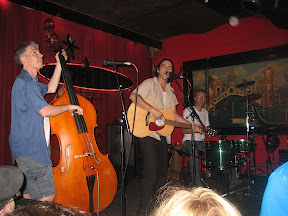 Then on to the Continental Club to hear Twang Twang Shock-a-Boom. It felt like twenty years ago, partly because I was out late at night and partly because some of the people dancing and singing along were the same folks from twenty years ago. I like the lead singer, David Garza. When he plays, it feels like he just can’t keep all his energy inside and it overflows out of his body, spilling onto the stage. I imagine what he might be like at home, dancing around the kitchen as he does the dishes and answering the phone singing “Hellllooo!!!!!!”

Overall, it was a pretty good Thursday night, but I had to use the change in my car to make it through because Thursday nights are taking a hit on my allowance. 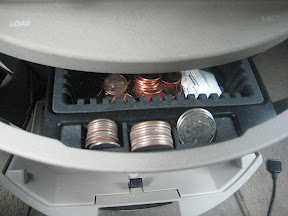 I’ll be saving up for another Thursday night, coming soon…